What's shakin? Oh! it’s us! Nemo and I do not want to leave here and are doing our best to make sure we stay! 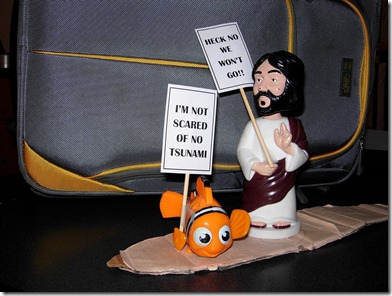 Florrie and Chris are ready in case they are forced to evacuate. They have been told they could get as little as an hours' notice but that isn't likely. Since this isn't a major emergency, and they do work for the government there is of course, paperwork to fill out. 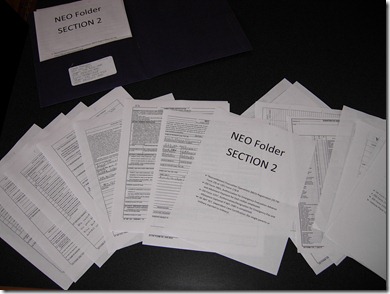 Chris has been avoiding the paperwork because he is sure they won't have to leave. Florrie seems to have some nervous energy to get rid of and has started it herself. They aren't anxious to go and are hoping they get to stay. They have adapted to the new motto Conserve! Conserve! Conserve! 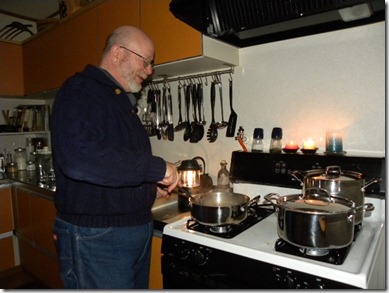 They are no longer cooking and eating by candle light but they are keeping the heat way down, using very few lights, and limiting time on computers. Most nights they are reading rather then watching a movie. 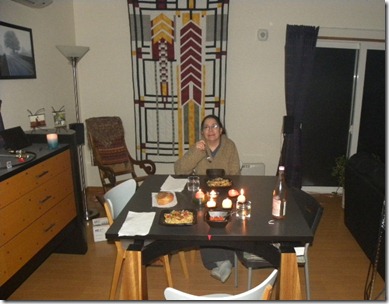 Florrie wants a chance to help with some of the port clean-up, which she hasn't been able to do because she's had a nasty cold and people who are helping must be self-sufficient and able to work as long as everyone else. She has signed herself and Chris up with the Red Cross for this Saturday's crew. 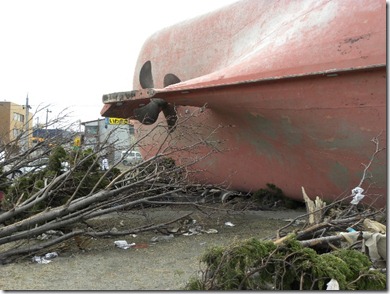 There are many groups here working and Florrie and Chris are proud that their base is an important part of the clean up. The groups are living on the Misawa base and being transported down south daily as there is really no place there to support them. 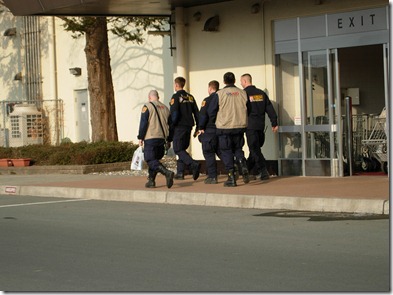 Florrie was also anxious to see all of her students as she has some she knew would need extra TLC for a while. Some of the people Florrie works with have left so it's even more important that the kids see familiar faces. She's been back in school for three days now. It's kind of sad, so many kids left without saying good bye.  The lights are off, no one is using computers or other electronics. Actually for a few days academics will take a back seat to emotional well being. Florrie felt really bad today when she accidently shook a table and a first grader thought it was an earthquake! Later, when a second grader was a little to vigorous with his eraser the classmates sitting by his desk thought that was an earthquake. We do all have earthquakes on our mind! We are staying though and so are the kids.

Chris has gone to the fish market and also called some Japanese friends to offer help and support. There is no longer this much fish at the market and there aren’t enough customers either. 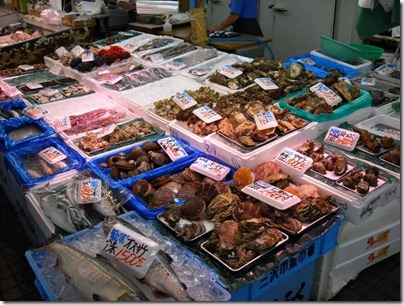 Florrie has discovered that when the chips are down she does know what's important and if we are forced to leave everything she needs will be in the suitcase with us. What she needs in her suitcase is the quilt Jessica made Chris, the computer hard drives (because of the pictures) and naturally, Nemo and me! Since they will each be allowed a suitcase Chris has decided he will take the two hammers he's had since he was a teenager and worked on the Cape one summer. Actually, even if we didn't make it on the plane and Chris and Florrie have to leave without us they know that really all that's important is the people they love. I hope they don't leave us here, I don't know what I'd do if Nemo freaked out and tried to escape again, he can be such a handful sometimes!

Here are some pictures from the area we live in. You see that boat house and car? Chris actually watched them chasing him out of his rear view mirror when an unexpected little tsunami came along! This is in Misawa. 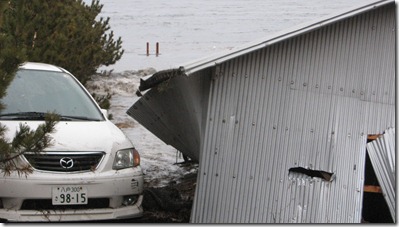 I hope I can explain this picture so that it makes sense. Do you see the area that doesn’t have much water in it? That is the ocean where all the water should be. Do you see the area with all the water and the port in the background? That area is usually dry because it’s the port facilities. Now, do you see what looks like a wave going from the front of the picture towards the back? That is actually the ocean going back where it belongs and leaving the port! 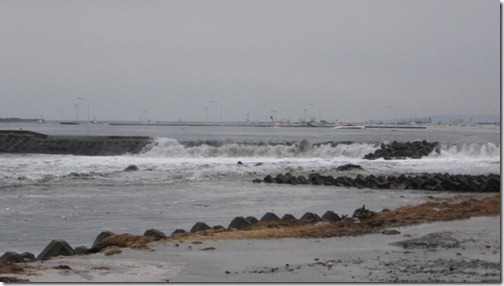 Here is the port area of Hachinohe. 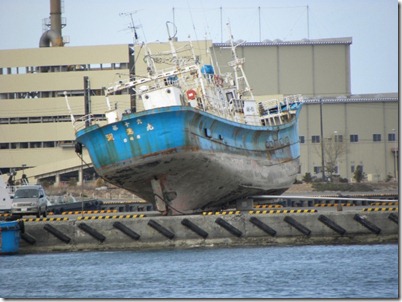 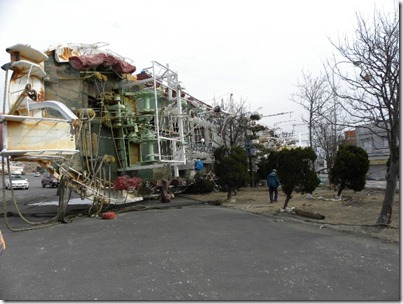 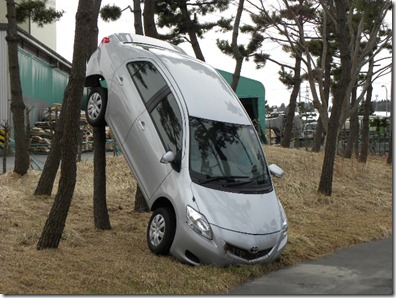 Remember we are all safe here; the winds blow away from us and Misawa is above sea level. If you want to help, check out some of the organizations that are here working and donate money.