In September Florrie visited France with friends from the states and in October Chris, Florrie, Nemo, and I visited France together. Florrie was a little sad because you don’t get your passport stamped going into European Union countries from other European Union countries. Florrie took the train when she met friends in Paris; when we all went we drove. Florrie will have to tell you about Paris since I wasn’t there. Well, maybe I was there but little bobble head me wasn’t. 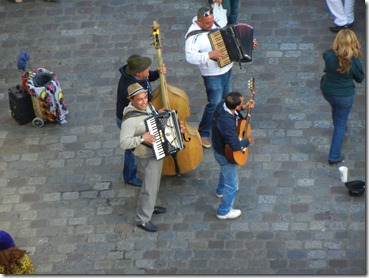 Here is the view looking down from the apartment in Paris. One night we all watched a fight break out down in the street. There was a clown involved; it was funny, but strange. We also watched a very well built young man parading around in his underwear when he left the lights in his apartment on night after night.

Some of us went into the catacombs but I did not get any good pictures of skulls and bones, sorry. The  picture with the artfully decorated wall above was taken from:

From Wikipedia, the free encyclopedia 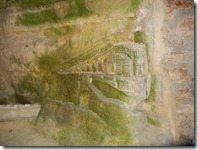 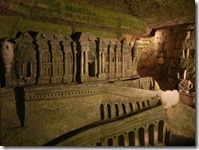 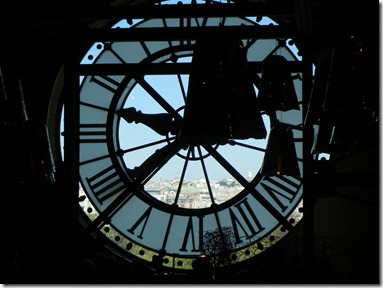 We also went to a museum which I can not remember the name of, and since I love odd views I took this picture of Paris through the back of a big clock. 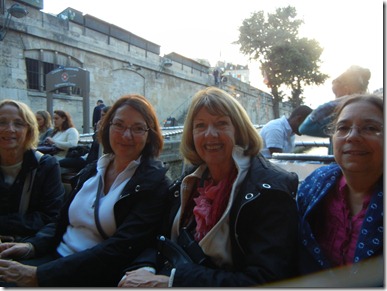 One night we took a river cruise down the Seine. There was one more person on the cruise with us but she took the picture.  That’s my friend Calla between the two blondes, they are all from Ohio. The other two are my friends now also but I don’t know them like I know Calla. Mostly the cruise was good, there was a sad part but I will not sensationalize a stranger’s misfortune. 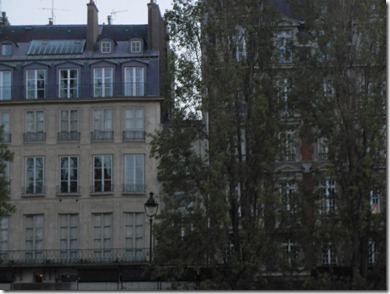 Can you see the short skinny building between the two taller wider buildings? That is the smallest house in Paris. This is the best picture I could get since we were motoring down the river. 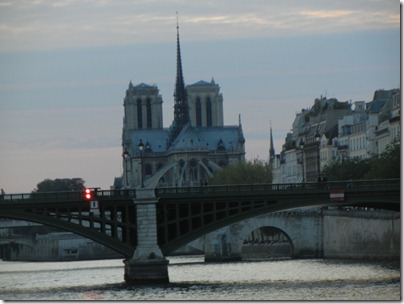 We also saw Notre Dame, and of course, the Eiffel Tower. 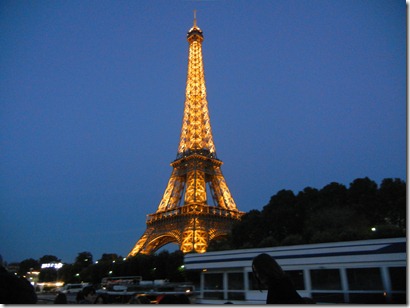 Here are a few more views from the river. 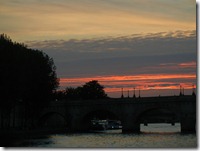 Last but not least we went to Saint-Sulpice Church where we saw the Rose Line (think about The Da Vinci Code).

Speaking of lines our next trip to France involved the Maginot Line.

“The Maginot Line was a vast fortification that spread along the French/German border but became a military liability when the Germans attacked France in the spring of 1940 using blitzkrieg – a tactic that completely emasculated the Maginot Line’s purpose.” Taken from: Http://www.historylearningsite.co.uk/maginot_line.htm

Here we are just crossing the border into France. Do you all know that Willy Porter song “Jesus on the Grill”? 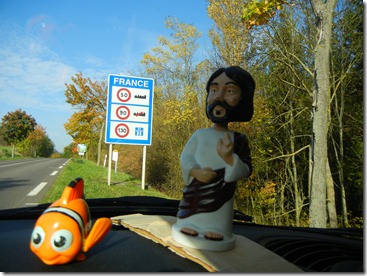 This Monument to American soldiers was in one of the towns that housed parts of the Maginot Line; some of them are buried here. 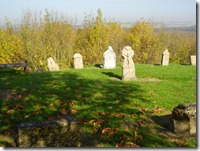 Here is the entrance to one of the areas, underground there are hundred’s of kilometers of tunnels and living and working spaces. 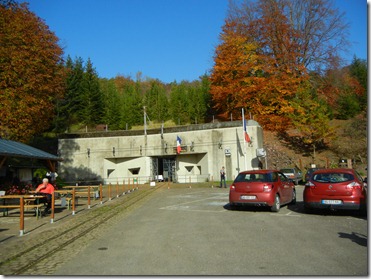 Some of these little knobby things move up and down and were used for shooting at the enemy. 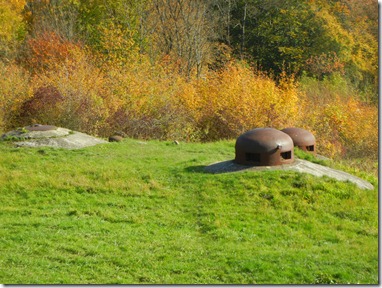 Here are Nemo and I goofing off. It is a serious place so that makes it important to celebrate life and have fun. 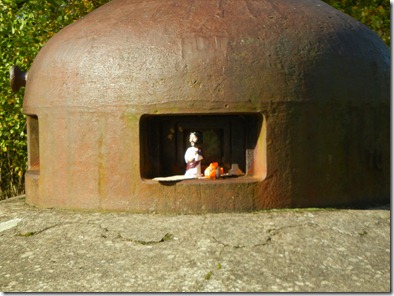 Here you can kind of see where some of the knobby things moved up and down. There is a huge system under the ground for making them move. 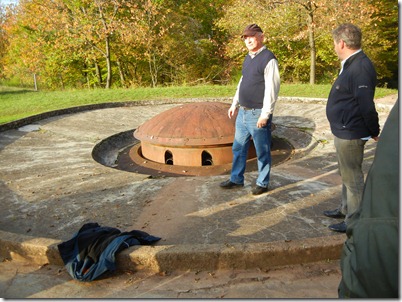 Once inside the small part of the line that is open to the public we took a walking and a riding tour. Here is the raising system for those knobby things above. The man you see there was our guide. 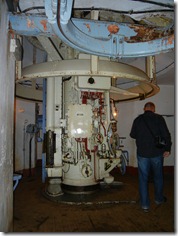 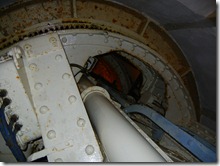 Florrie liked the kitchen, mostly because we have a couple of those wine baskets in our house. She found them at a dumpster in Italy while walking to work and made Chris come out with the car to pick them up. 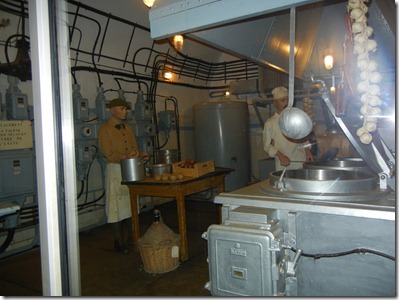 Various supplies were stored here at the time the line was in use and some where brought in later as it became a museum. 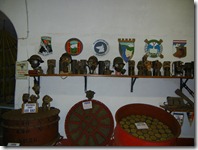 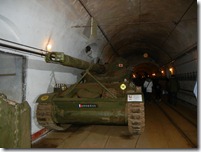 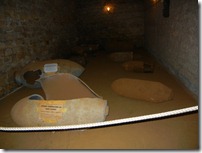 Next week # 2 Germany/Rhine River. Until then auf wiedersehen

Posted by Jesus and Nemo at 3:32 AM No comments: