Hello Friends, Nemo and I had an interesting time in Turkey a few weeks ago. We spent a week being shown around by friends who live there and really know their way around. 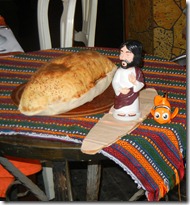 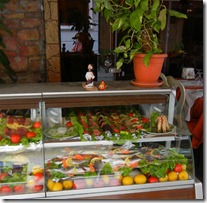 The food and chai (tea) were amazing, and the spices beautiful! 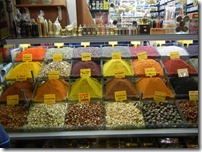 We discovered that the people of Turkey are truly friendly, welcoming people. We made some friends and Chris found his “brother from another mother” 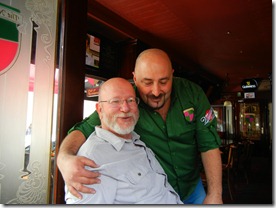 This handsome young man was happy to  pose with Nemo. Unfortunately we didn’t write down his name or where he was from but it might have been Bulgaria. Just like when we were in China, Nemo got to interact more with the locals then I did. That’s ok though, I’m very understanding, and I did not want to cause an international incident. 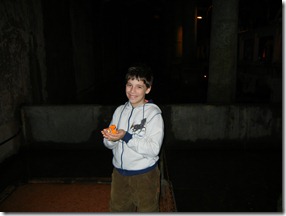 In fact many people posed with my friend Nemo. We bought spices for our local doner kebab person from this man. 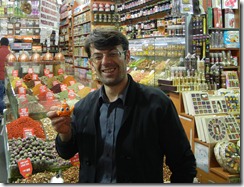 We weren’t able to pose with these people but we wanted to share them with you as they were pretty interesting. In fact the alien asked 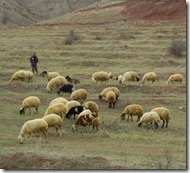 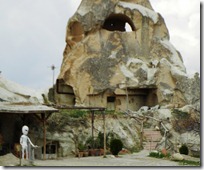 us not to take his picture but we didn’t listen, that’s probably why he looks a little blurry.
Next, we’ll tell you about some of the sights and sites we saw. We spent basically two days in Istanbul and saw a small portion of what there is to see there.
The Blue Mosque was absolutely beautiful both inside and outside!

It’s sort of hard to get a good picture inside because of all the lights.
Right across from the Blue Mosque is the Hagia Sophia which has a long history; it was built in 360 and has been a cathedral, a mosque and now a museum. 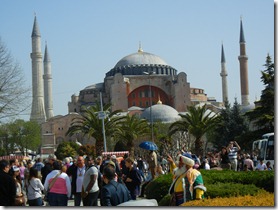 We all loved the marble work inside. I was happy to be able to share in this adventure. 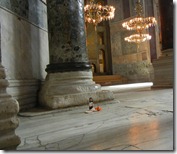 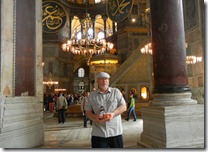 Nemo was having delusions of grandeur! 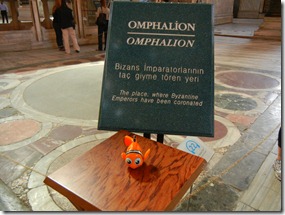 While in Istanbul we also went to the Basilica Cistern where Nemo just had to play around with Medusa! 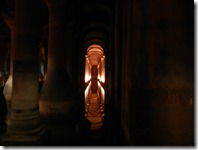 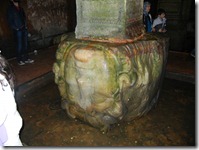 After Istanbul we went to Cappadocia where we got to stay in a hotel that reminded us of Luke Skywalker’s childhood home. We all had our own cave rooms. This was our favorite part of the trip.

The area was totally fascinating to all of us; we really enjoyed exploring. 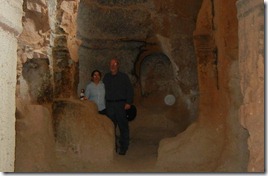 Here we are inside one of the “fairy chimneys” that was made into a dwelling or temple long, long ago. 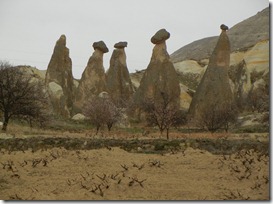 Florrie loved this particular arrangement of chimneys, it reminds her of the urRu in The Dark Crystal. She got the same feeling from seeing them too, happy, contented, and a little whimsical. 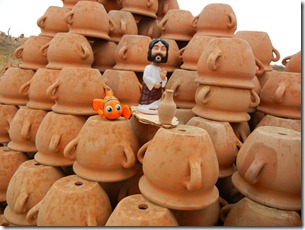 While we were in Cappadocia we stopped somewhere to look at pottery; Nemo and I actually got to buy our own piece! It rained a lot while we were in Turkey but it was never terribly cold. We did hear from many people that they had a bad winter and got lots of snow.
After Cappadocia we drove to the shore of the Mediterranean where we stayed in Kizalesi, a nifty little beach town, for a few days.  Right outside our hotel was a floating castle that was built long ago to save a princess from the prophercy that she would be bitten by a poisonous snake. Naturally, the snake made it in with some fruit. 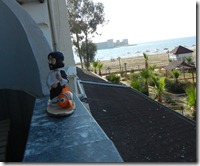 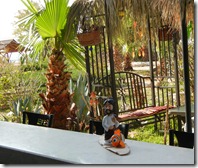 In Kizalesi Chris actually went to the local fisherman’s store and got a rod and reel so he could fish; he didn’t catch though. It didn’t matter, it was the fishing part that was important. 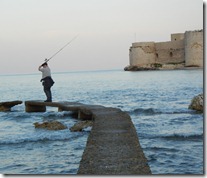 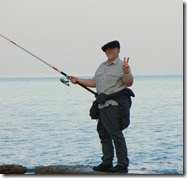 The owners of the hotel were a Turkish woman (the angel) and her American former Air Force member  husband (the devil, comic character Hot Stuff). 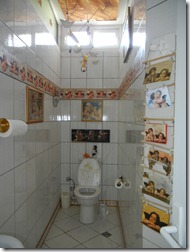 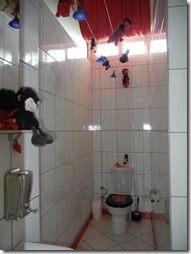 After sadly saying ciao to the Med, we set off for our friends place in Adana. First, we stopped off to check out some Roman Ruins on the way. 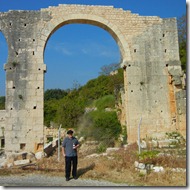 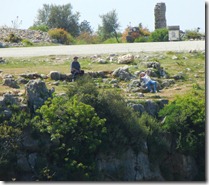 We couldn’t go into the first place and because of his knee Chris decided not to walk around the second place. In a show of solidary, Don stayed with Chris. Florrie took us through the ruins because she just loves ruins and didn’t want us to miss out.

All in all it was a great trip and it reinforced our belief that the world is mostly made up of good, kind people. Until next time güle güle.
Posted by Jesus and Nemo at 4:20 AM No comments: