Jesus and Nemo go to Cambridge (England that is)

Hello friends, please excuse the formatting of this post. There have been some changes made in blog land and Florrie hasn't kept up. Hopefully the next one will be better.  This past October we all took to trip to visit an old friend from our Gaeta days.  We are lucky enough to have an airport under two hours away with direct flights into Stansted England. Because this is one of those you fly cheap but there are no amenities airlines, we were each allowed one small carry on bag, unless we wanted to pay an outrageous sum. Somehow in the excitement of bringing our friend some really cool cooking supplies from Sicily we forgot this fact and packed one big bag we could check in. Luckily for us we had some alternate luggage in the car and we can mail cooking supplies.
Pretty fancy luggage wouldn’t you say?


We found the town of Cambridge delightful. 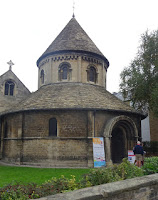 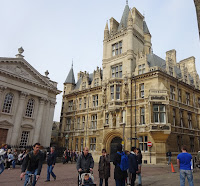 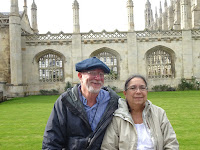 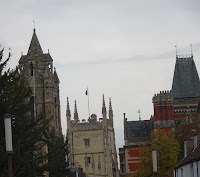 There was even a canal and entertainment! The guitarist made us all think about Alex. Florrie always gives street guitarists money because she says that could be her son and she's thankful it isn't. 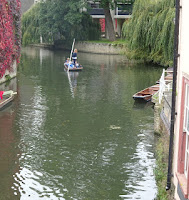 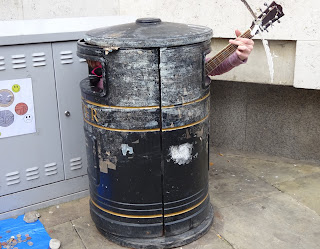 I was thrilled to discover that a
street had been named after me. 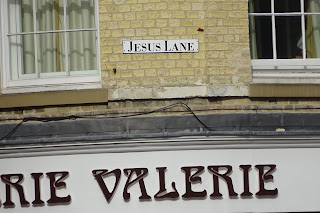 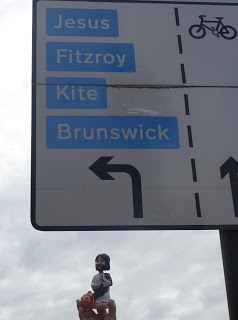 Nemo was a little jealous until I reminded him about the time we were in China and everyone knew who he was but almost no one recognized me!

Chris and Florrie played around with some telephone booths and we all enjoyed the art work.

Our friend Kristi had a special surprise for us. A visit to Hotel Chocolates, our very favorite chocolate makers in the world! She introduced us to these fine chocolates the first time she visited us in Germany and periodically sends us a box. We were thrilled to go to the actual store and this young man was happy to be in the blog with Nemo and me. 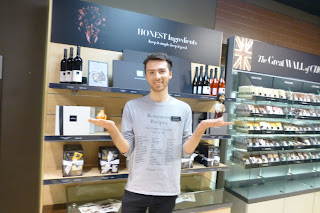 We all took a walk in our friend Kristi’s neighborhood. We found an old church and the gravesite of the son of an important man. I wonder what his Dad thought of him being buried in a churchyard?

The next day we all went to Bletchley Park. If you don’t know about Bletchley Park and the part the people here played in WWII you should do some research. It’s a fantastic story. Here is a link: http://www.bbc.co.uk/history/places/bletchley_park


This picture is the Bombe! 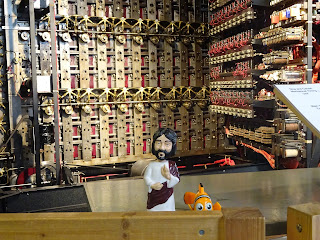 One part of the decoding process. 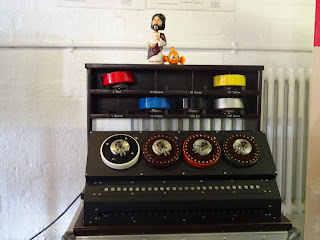 These are some of the work areas in one of the huts. We were all fascinated with the story of these hard working men and women. 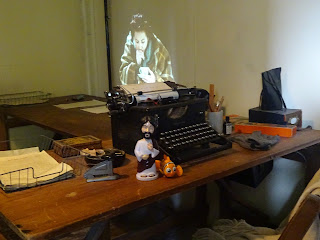 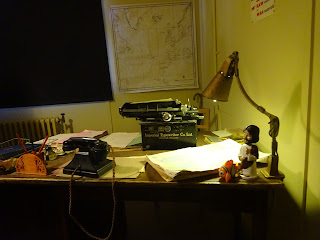 This poster reminded Florrie of Jessica who as you all know is a yarnie extraordinaire. 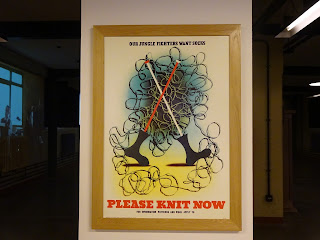 Before leaving England Florrie and Kristi visited an old mansion while Chris went to a plane museum. Nemo and I stayed in the luggage and enjoyed the peace and quiet. Here are a few pictures that Florrie took. The most interesting part to Florrie was the garden. The family managed to grow most of the food to support the estate despite England’s climate. This apple tree has been trained to grow along the wall where it is warmer. 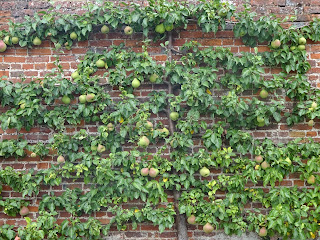 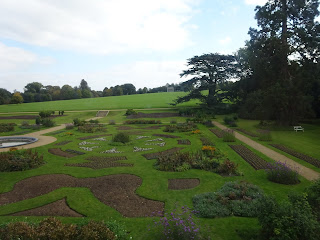 Last but not least, here is a lovely lady Chris ran into on his plane museum trip. 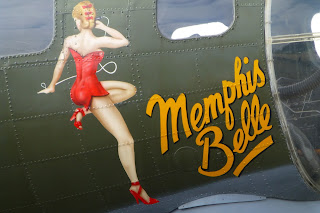 Nemo and I will be in Belgium in a few weeks, until then ta-ra or cheerio as they say in England.

Posted by Jesus and Nemo at 8:36 AM No comments: