Our first Winter in Germany

Winter break in Germany was quite fun. We had company, visited some old towns, had an unusual lunch in France, went to some Christmas markets, checked out some castles and beer, and generally had a good time. Sadly this is about the most snow we got. 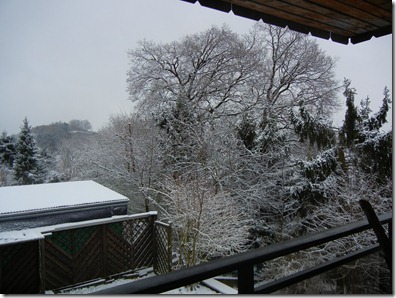 First Florrie and Chris found this interesting hill town on the way back from France one day. It reminded them a little of one of their favorite hill towns in Italy. They want to go back one day and see if the “family” has grown.

There was a lot of excitement over our first family visitors. Christine and Haley came out for about a week. Unfortunately the very day they arrived was the day that Chris’ bad knee became his REALLY bad knee! Poor Chris did a lot of driving and hanging out in the car but he was kind enough to let us hang out with the girls. One of the activities Chris had no trouble joining was the almost daily beer tastings. He and Christine were very scientific about the whole thing. 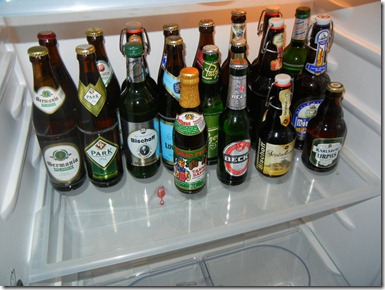 This is a small sample of the various beers we rated. Another activity Chris was able to join was our dinners out. 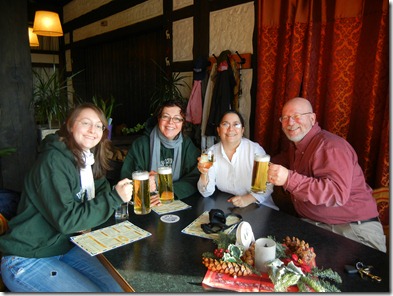 This is a local restaurant in Falkenstein, a small hill village not far from Chris and Florrie’s village. As you can see it has a wonderful view. Falkenstein is also the name of one of the top beers in the Great Beer Tasting. 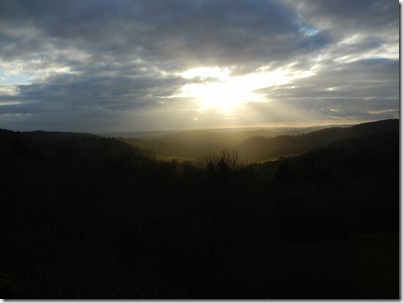 This is the place where we had the very unusual meal in France. The place we drove all the way to France to enjoy was closed this day. Christine had a giggle fit here when our very expensive lunch started out with plates of chopped liver! Luckily Florrie likes liver. 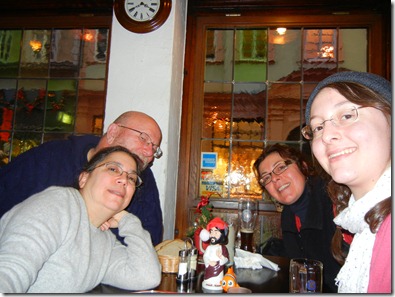 As you can see I’m all decked out in my Christmas finery! I do love the Christmas season. 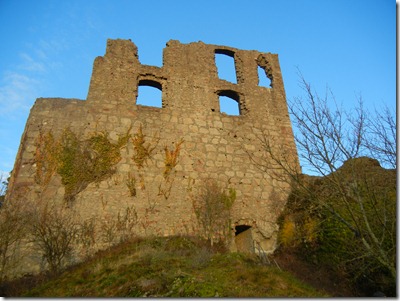 As you may know it’s hard not to stumble across ruined castles in Germany. This one is in the famous (for it’s beer and restaurant) town of Falkenstein.

Here are a few views from the castle.

We also explored a more intact castle in Heidelberg. I had to bring my new surf board as the older (but better) one that Haley made me had not been unpacked yet. 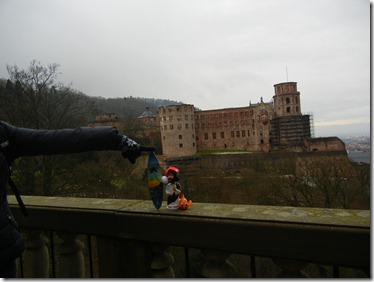 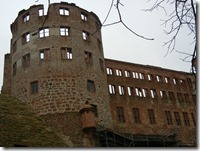 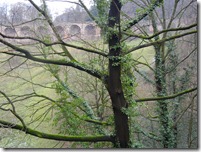 You all may not know this but Florrie has some weird thing about taking pictures through openings. She sometimes gets a little crazy about this! 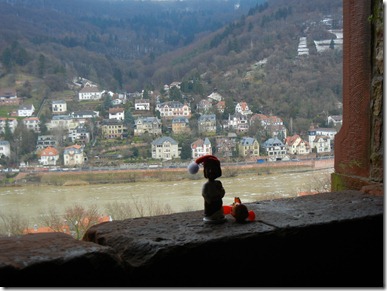 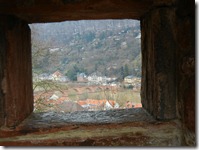 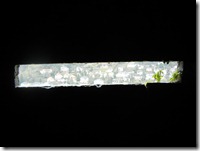 We also got to go inside parts of the castle. This wine cask held over 2,000 liters of wine. It wasn’t very good wine though because the town’s people just all dumped whatever they had into the cask. Back when the castle was in use wine was safer to drink than water. 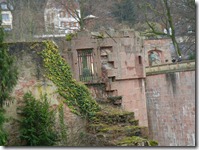 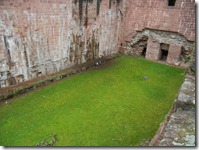 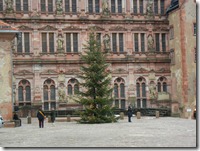 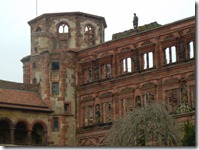 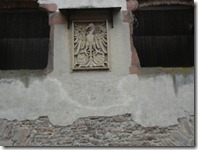 And last, but not least, apparently it isn’t December in Germany unless you go to a Christmas market.

We were lucky enough to make some new friends here in Germany. Our friends, Ralph, Silka, and Celine invited us to take the train to a local Weihnachtsmarkt. Chris couldn’t do it but everyone else took the train to Bad Munster. Here are Haley and Christine on the train 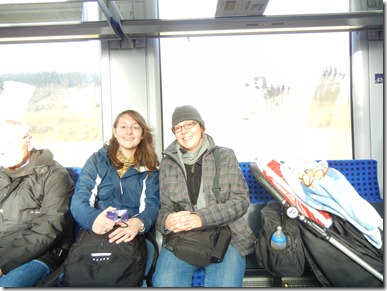 And Haley and Celine bonding over some uber sweet stuff. 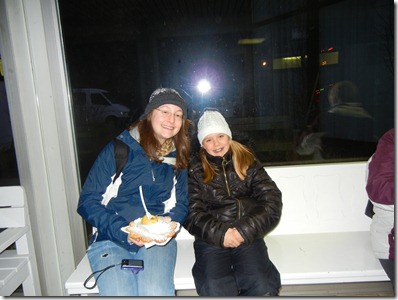 We all got a kick out of this sign painted on a butcher shop.

The market was in a neat little town, we want to bring Chris here on the train one day. 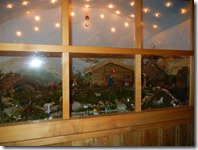 Ralph’s mother made sure we saw the little manger scene on our way home. Until next time Auf Wiedersehen.

Posted by Jesus and Nemo at 7:53 AM No comments: