Hello friends. In October Chris, Florrie, Nemo and I went to Malta. We had two lovely young friends with us, Jennifer and Tashia who were visiting us here in Sicily. Since Malta is an easy trip from here we all decided to go. Malta has been occupied by Phoenicians, Greeks, Romans, Arabs, and more recently France and Britain. Malta gained its independence from Britain in 1964, after the people of Malta were awarded the George Cross for defending the island during World War II. More recently it has become known as the place where most of season one of Game of Thrones was filmed.

Nemo and I recommend this tour, with our wonderful guide Malcolm, to everyone who is lucky enough to go to Malta and who is a Game of Thrones fan, actually even if you are not a Game of Thrones fan the tour is interesting. We should all spend time exploring other places and cultures, it's good for the human race. 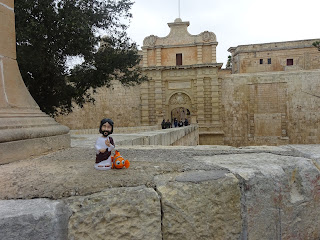 These are actually two separate places; the top is San Anton's Palace and the bottom is Saint Dominic's Priory. In the series they are part of the Red Keep's courtyard. 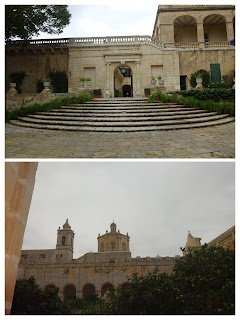 Inside San Anton's Palace you can see the area that was used as the Red Keep's stables and the balcony where Joffrey took Sansa to see her father's and her septa's heads on stakes. 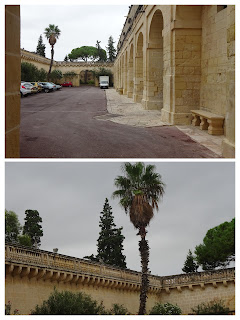 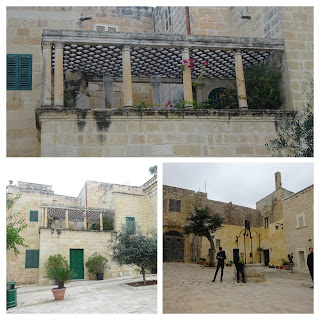 Here is a close up of Littlefinger's brothel and then a look at it as part of the courtyard where Ned and Jamie fight. It is actually a plaza in Mdina (that means old city). 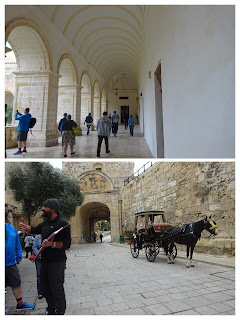 Here we have a few little local scenes, the top is the spot where Arya chased the cat and the bottom is one of the streets used. You can see Malcolm our guide. If he looks familiar he had some scenes in the series. In fact he and/or his family members have had small parts in many of the movies recently filmed in Malta. 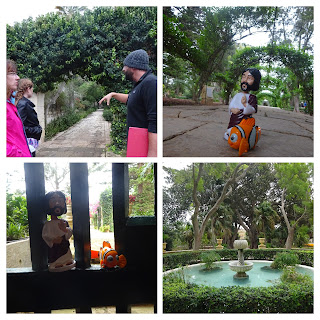 There are many beautiful gardens in Malta that were used for the gardens in King's Landing. I have a special place in my heart for nature so I felt at peace in these gardens. Nemo liked the places with water best. We both enjoyed all the creatures, great and small. 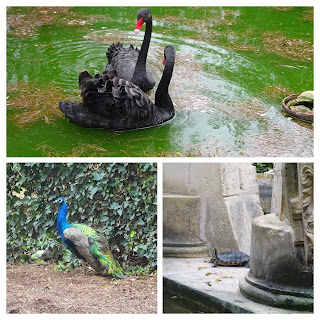 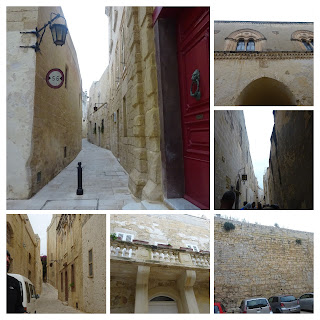 This is the area where Daenerys built Khal Drogo's funeral pyre and killed the woman. 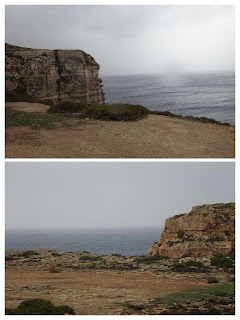 ﻿
At the end of the Game of Thrones tour our guide brought us to another movie site. Does anyone
recognize this place? There is no prize if you know it, just give yourself a pat on the back. 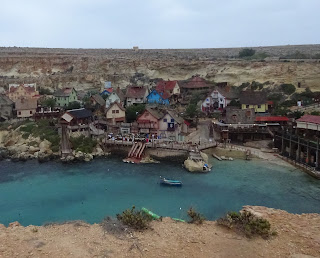 
I recognized this place right away, Nemo needed a hint. I'm sure he would have recognized it if it were The Little Mermaid, or Jaws.
﻿

Enough about Game of Thrones, we also took a little cruise around the bay. 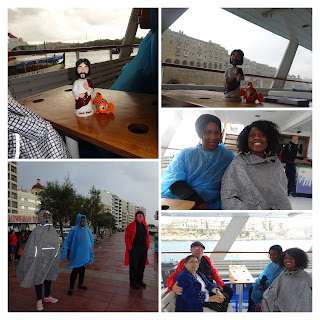 Here are some of the towers on the town walls,
some of these were also in Game of Thrones as
the city of Valletta was used as the location of
King's Landing. 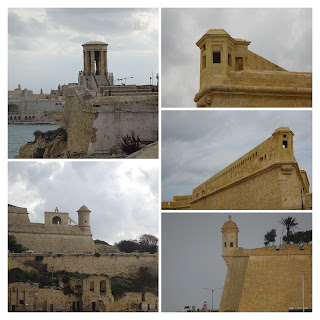 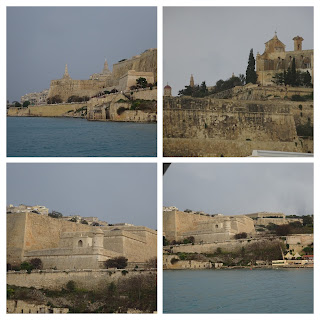 Here are more of the views from our bay tour.
Did I tell you how much Nemo loved the bay
tour? He even loved the rain! 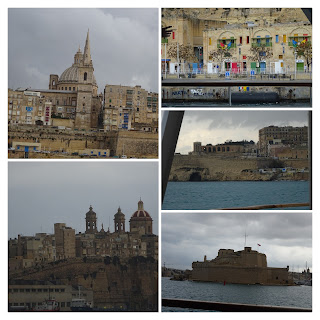 This is  Rinella Battery; a Victorian battery in Kalkara Malta.
The guns have never been fired in anger, (I relish that fact).
They are fired in the evenings now. 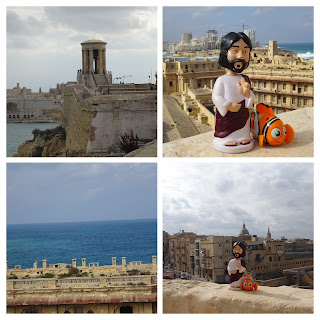 Nemo and I enjoyed the views from the walls of the fort. I like to look over my domain once in a while. 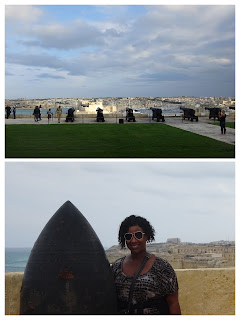 Our young friend Jennifer is a Navy Veteran,
she was interested in the armaments.
﻿
OPERATION HUSKY
We love Sicily so we are grateful for Operation Husky which was an allied campaign that helped to liberated Italy, otherwise Florrie would have to say she is German American not Italian American. Operation Husky was planned in an underground bunker on Malta. To learn more about Operation Husky you can go here to the Invasion of Sicily site. We also went into a little museum while there. 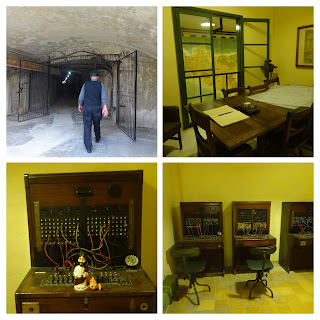 Here we are checking out the situation room. Nemo just had to climb on that radio exchange.
Even though he knows I am the wiser of the two of us it is difficult to get Nemo to listen, it must
be all that water in his ears. Below you can see us at the maps, we all had to check them out. You can
see Catania on the map but not Acireale, this whole area was bombed heavily during WWII . 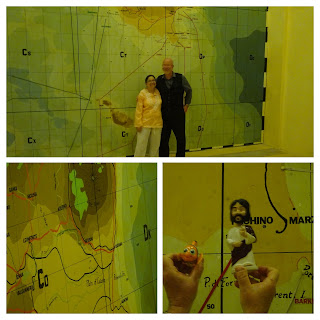 Many of the architectural details caught our

.
Here are some of the sites/sights that appealed to us.