Before they knew we were moving, Florrie and Chris decided to take us all to Greece. It was a little crazy but we managed to squeeze our trip in between packing out and driving down to Sicily. Before we even got to our hotel we were told that Greece is the center of the world and that Chris was now Christos Anestasopalus. 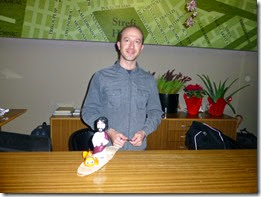 We stayed in the Hotel Aeros where this nice man, Antonio helped us out with suggestions on where to go and how to get there. Everyplace was either convenient to the hotel or easy to get to on the metro. As we do in many places, we started out with a hop on hop off tour. Because this was off season we got two days for the price of one. 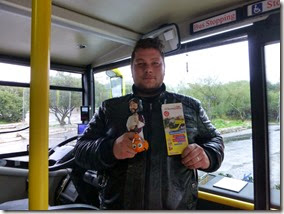 Our driver Dmitri was super helpful and knowledgeable. He even got a friend to help Florrie out with buying postcards.

If you travel to Athens we highly recommend the Athens Hop on, Hop off tour bus. 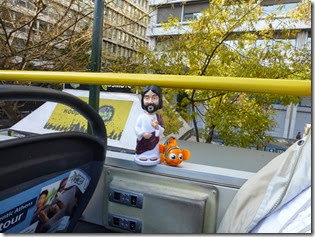 From the bus we saw the Greek Palace Guards; do these uniforms look familiar Alex and Jessica? 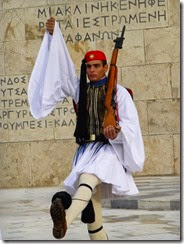 We also saw Icarus, the boy who flew too close to the sun, at least that’s who we decided this was. If you haven’t read the Greek myths they are definitely worth reading. I like them because there are lots of Gods in the stories, and you all know I like stories. 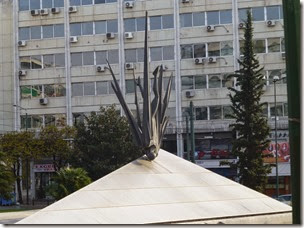 We had some fantastic meals. We tried to eat authentic Greek foods. 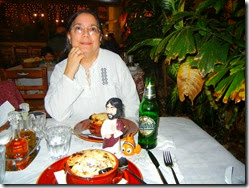 Antonio directed us to a rather seedy but very interesting and safe neighborhood were we had moussaka for Christmas dinner. 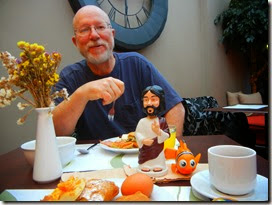 We checked out a few cafes and had traditional breakfasts every morning at our hotel. 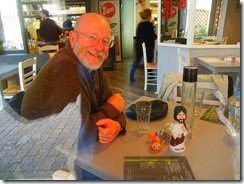 Our very favorite restaurant was the Trata Fish Tavern, where we all soon became ‘regulars’. It was in the same rather seedy but very interesting and safe neighborhood. We spent part of every day there and were never bothered. Here we are enjoying some of our meals at Trata Fish Tavern. 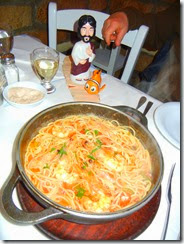 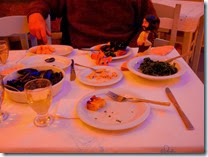 There was a lot of fishes and loaves! Good wine too. Nemo was rather distressed at all the fish eaten on this trip. He thinks Chris and Florrie should eat more chicken. 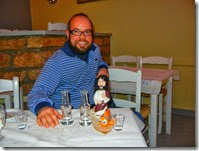 This is Nicholas, the cook, and George. They are all fine and talented people, check them out at Trata if you get the chance. You won’t be sorry. We did have one not so traditional meal, but Chris just had to try it. 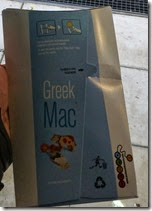 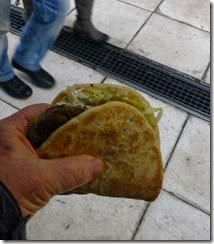 Of course we visited the National Archeological Museum of Athens which was a short pleasant walk from our hotel.

Once again Nemo ran amok among the exhibits, and sad to say, I gave into peer pressure and joined him. 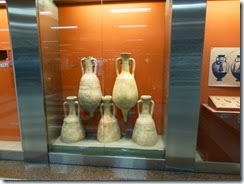 funny shape. It’s because they are transport amphora and they were made that way to stack in ships

We also got to see the restoration process for one of the Caryatids, or as Florrie liked to call them, the six sisters. They are all being cleaned by laser. No matter how interesting the museum we were soon draw outside by the beautiful weather. Plus, we wanted to see the home of the Caryatids, the Acropolis.

Even though the Acropolis was an absolute ruin it was an amazing place to wander. 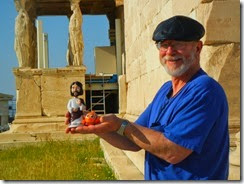 After visiting the Acropolis we just wandered around the area for a while. We enjoyed some of the outdoor art. 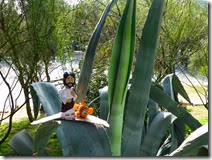 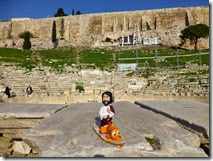 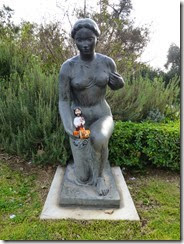 One of the last places we visited was Poseidon's Temple. We took a city bus about an hour out of Athens along the coast. It was a beautiful sunny day with amazing blue skies. 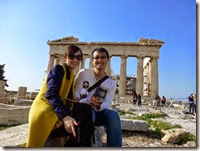 As you can see we made friends. This is a young Chinese Couple. She works in London and he works in Germany. Once a month or so they meet at one of their homes or somewhere else. Well this is αντίο or antío for now. Next up, our move to Sicily.