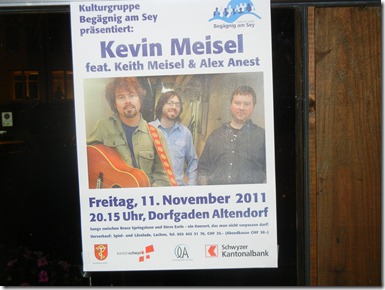 You may not believe it, but Nemo and I were an important part of this musical tour of Switzerland. We spent a very busy weekend there with the guys and our friends Chris and Florrie in November. 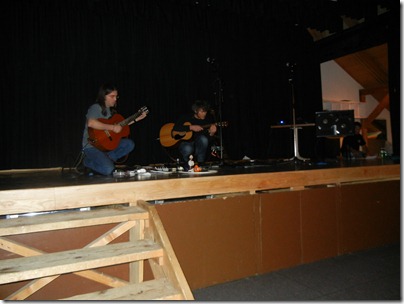 Here we are helping with the sound check in the small Swiss town of Lachen where we were all served a delicious special Swiss meal by a member of the Country and Western association. 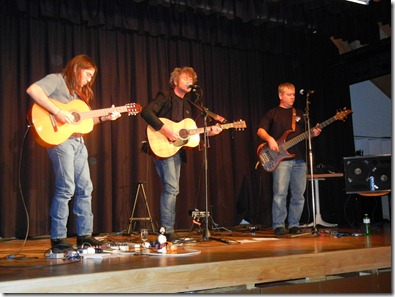 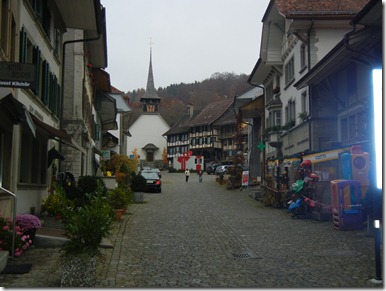 The second night of our trip they played in the charming town of Lupen Switzerland; this is not the Lupen where Florrie originally made our reservations. Apparently Lupen is sort of like Springfield in the US. See that parked car? Right in front of it is a bulkhead door that leads into a large barrel vault basement that is where we played. It was very cool and sort of like Jimmy’s Speak Easy in Michigan although bigger and not as nicely decorated. 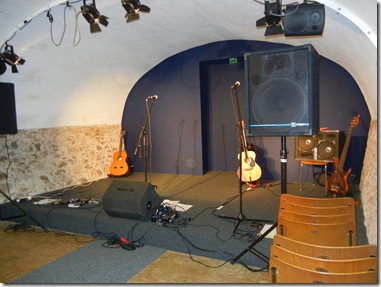 Florrie was happy to see that there was an exit behind the stage. Ever since Japan she finds herself checking out exits in any new building she goes into. The guys gave another fine performance in Lupen; they have played there a number of times so they got to hang out with friends also. 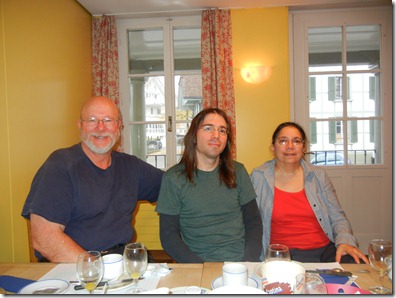 Florrie and Chris were very happy to spend a little extra time with their son Alex. After chatting and visiting awhile we all headed back to Germany and Alex and the guys set out for their next gig. 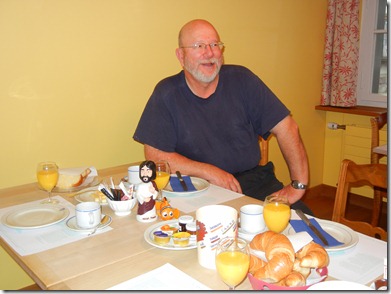 Posted by Jesus and Nemo at 8:21 AM No comments: